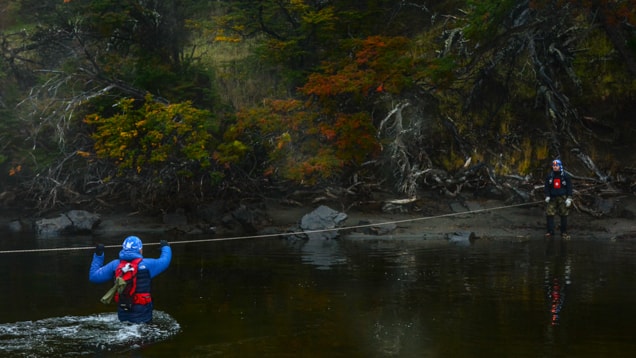 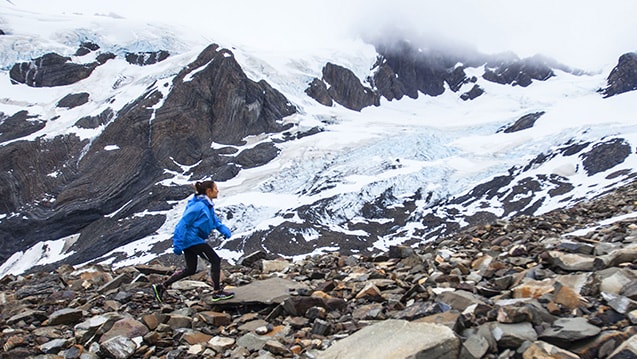 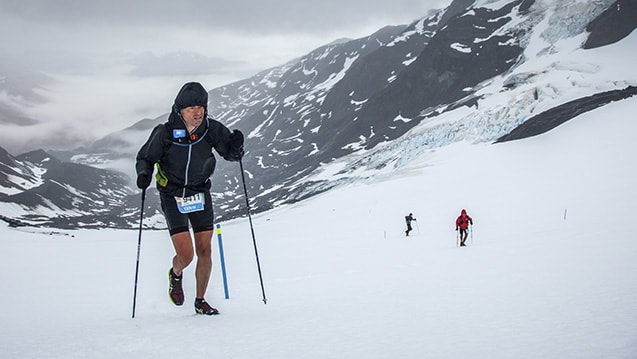 The event will be held in the Province of Ultima Esperanza (Last Hope), Magellan and Chilean Antarctica Region. The region’s capital is Punta Arenas; however, the closest town and logistics center to the course is Puerto Natales (Lat. 51º 44`S), which is 250km away from Punta Arenas.

In Patagonia’s extreme south, the weather conditions are both very volatile and unpredictable during all four seasons of the year; however, in the month of February, the region will be in the middle of summer. Generally, the strong winds arrive during the spring and peaks in the summer; thereafter, decreasing in autumn and winter, but that does not mean there are not exceptions to this rule. Usually, the average temperature fluctuates between 4 and 12º C, occasionally decreasing to 0º C, or at least during the nights and in the mountain sections. The weather conditions during the event will shape the challenging factor of the race.

There are 5 categories in each distance per gender according to the age range listed below:

1. The minimum age in order to participate is 18 years old. In all cases, age is considered fulfilled the same day of the race.

2. The weather in Patagonia is unpredictable and the terrains at ULTRA FIORD® can be very technical and challenging. All riders must have prior experience in Trail Running, and any additional experience associated with mountain activities will be an advantage. In order to be considered for participation in ULTRA FIORD®, an applicant must at least meet the following requirements:

Have completed at least 2 trail-running events of distances greater than or equal to 10K.

Have completed at least 3 trail-running events of distances greater than or equal to 30K.

Have completed at least 3 trail-running events of distances greater than or equal to 42K.

Have completed at least 3 trail-running events of distances greater than or equal to 50K.

Have completed at least 3 trail-running events of distances greater than or equal to 50K.

Having previously completed Patagonian International Marathon® or Ultra Paine® will also be as a positive factor during the registration and selection process.

1. Runners should be fully aware of all the Race’s dimensions and risks, and specifically including the test it takes to complete, and be fully prepared, for all of them.

2. It is the Runner’s responsibility to have necessary health and physical conditions required to complete the race. If the Runner has had any previous health problems that may be detrimental to his or her participation in the race, he or she shall be held liable for their assessment, and seek the advice of a competent physician before participating in the race.

3. Having minimal experience and semi-autonomy ability in mountains, which allows for him or her to successfully and independently confront the challenges that will be presented in ULTRA FIORD®, which include, but are not limited to the following:

3.1. Be fully aware of ULTRA FIORD®‘s magnitude and authenticity, of its extreme geographical location, and of its requirements, demands, risks, and inherent characteristics. Being in a good state of health, and assuming all that the responsibilities implied by participating in the event.

3.2. The runner will face meteorological conditions that will occasionally be hostile due to the latitude, relative altitude, and typical Patagonian climate (wind, cold, rain, snow, or eventually excessive solar radiation). Similarly, having the ability to advance along the course at night, including situations that require the use of his or her personal lighting system. Additionally, being able to manage physical problems and/or mental characteristics of this activity, while still being in a natural environment that can be hostile.

3.3. Having basic knowledge of cartography and orientation. Having the capacity to read maps and understand the elevation profiles for the race. Familiarizing yourself with scales, altimetry and orientation. Although the route will be clearly marked, this basic knowledge is required for safety reasons, as well as giving a Runner an understanding of their location in the route in order to plan and make better decisions.

3.4. Knowing how to manage, even when isolated, physical or mental problems that may arise from fatigue, digestive problems, muscle or joint pain, small wounds, blisters, etc.

3.5. Fully understanding and acknowledging that in this activity, in the midst of nature, the security depends mainly on the Runner’s experience and capacity to confront the natural problems and obstacles that he/she will find in the race route. In every moment, a Runner’s safety will mainly depend on his/her criteria for decision-making while advancing throughout the course.

3.6. Fully acknowledging and being aware that there are some sections of the race route that are difficult to access, meaning that rescuers/medical personnel and/or medical attention could be delayed. Nevertheless, the organization will distribute specialized personnel in the most complex and isolated areas along the course. Similarly, security and evacuation protocols will be established for each section of the race route. 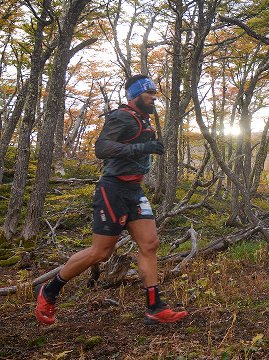 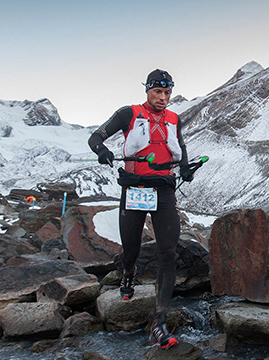 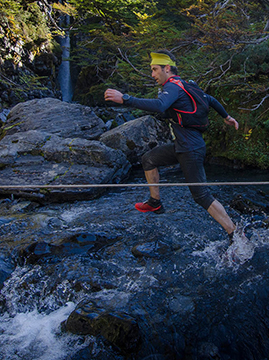 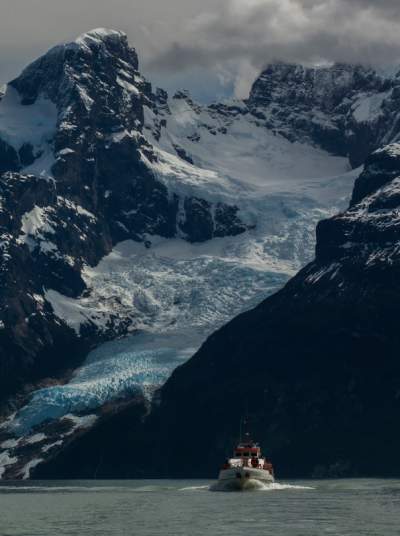 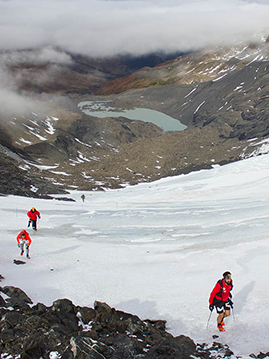 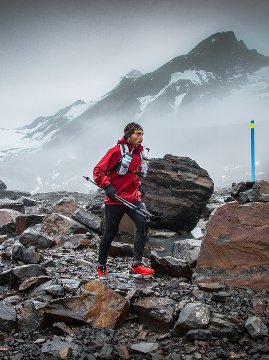 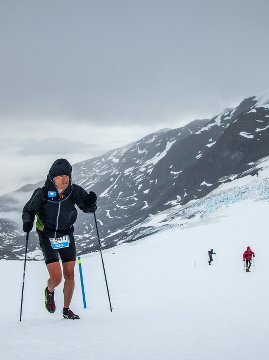 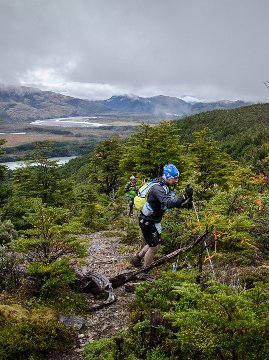 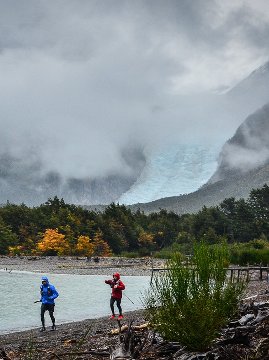 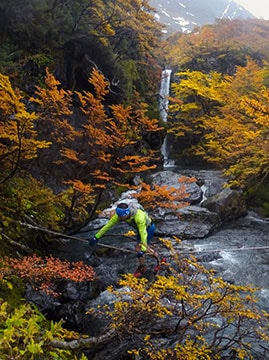 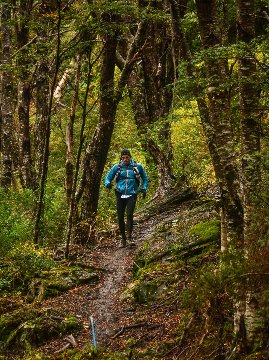