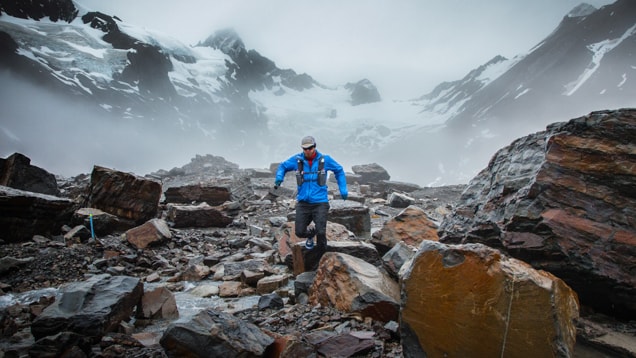 The registration and selection process for Ultra Fiord’s inaugural edition, which will take place from April 16th to April 18th 2015, has continued to progress, obtaining interest from trail-runners around the world; 70% of the currently registered runners reside outside of Chile, the event’s native country. Being that Ultra Fiord is an international trail-running event, 11 runners, originating from five different countries, have been chosen as the ambassadors for this year’s edition.

Enzo Ferrari, one of Chile’s strongest trail-runners, will represent the event’s home country in the longest event, the 100-mile distance, which will span over the course of two days. Sofi Cantilo and Gustavo Reyes, who also will both run the 100-mile distance, will serve as representatives of Chile’s neighboring country, Argentina. Brazil will also be present for the event, as Manuela Vilaseca will compete in the 70K distance, while Fernando Nazário will look to join the 100K competition. The ambassadors are not only limited to South America, however, as Federica Boifava of Italy and Genís Zapater of Spain will represent Europe in the 100-mile distance. Last, but not least, the United States will round out the diverse group of ambassadors by seeing four runners join the inaugural edition, three of whom, Joe Grant, Nikki Kimball, and Krissy Moehl, will be joining Ferrari, Cantilo, and Reyes for the two-day running of the 100-mile distance, and Brittany Dick, who will compete in the 100K distance. In addition to these five countries, at least thirteen more will be represented this coming April.

The race’s diversity, however, is not strictly limited to the ambassadors, as other notable runners have registered to explore the forgotten secret of Chilean Patagonia: it’s numerous and wide-ranging fjords. These runners include, but are not limited to: Candice Burt, Nicholas Barraza, Jeff Browning, Matthew Maynard, Kerrie Adair Bruxvoort, and Billy Barnett, all of whom, with the exception of Billy Barnett, who will run the 100K, are coming from the United States to run in the 100-miles. Finally Veronica Bravo from Chile will compete in the 100-miles.

A fjord is usually defined as a long, deep outlet of water in the shape of a U, which is created by the coming and going of the glaciers, and stretches to the inland by rock on either side. Southern Chilean Patagonia has accumulated thousands of kilometers of fjords, many of which are unknown by these differing classifications, making Ultra Fiord 2015 a mystic journey to discovering the magical world of fjords.

Through the event, its coordinators seek to promote tourism within the region, contributing value to these patrimonial territories and encouraging sustainable development in the local communities. “We wanted to develop a race that would not only look to expose these mysterious waterways,” said race director, Stjepan Pavivic, “but go beyond that by adding sustainable development and conservation to the region to ensure the world of Chilean fjords and its local communities retain both their beauty and innocence.”

Registration for the event will remain open until 7th of March of 2015, which can be completed online in Ultra Fiord’s official website:

Since its inception in 2002, NIGSA has valued unique expeditions that have never been done before. Its in-depth geographical knowledge of Southern Patagonia allows NIGSA not only to craft new ways of discovering and promoting Patagonia but also to further the conservation of and the sustainability within the region.